“In the beginning was the Word”.

“And the Word became Flesh”.

So much depth in these two ancient statements.

Was the Word in the beginning of the world as we know it? or was it in a different reality? Words take away the energy and the meaning of conceptual ideas and feelings, for when we express with words that that we feel, part of its strength is left behind. As time goes by, songs and poems become more meaningful when they have less words. So if in the beginning was the Word, will the end be Wordless? this might well be the case, at least in our perceived system. Maybe it is also something to do with the adulteration of words (and sounds) falling victim of human activity, then evolving into becoming obsolete.

Words (thoughts expressed in sounds = frequencies) are the building blocks of our reality. The energy behind a word can move mountains, or destroy entire civilizations. There are even certain accounts that talk of the creation of human life through sound (read “Coming home to Lemuria”, by Charmian Redwood), and I personally believe that the sacred scriptures in Genesis are referring to such scientific/alchemical events (although we are not sufficiently evolved to demonstrate them yet) through their beautiful tales and symbolism (read “Treatise of Sexual Alchemy”, by Samael Aun Weor). There are also writings that talk about how in the beginning humans were sexless and their voice (larynx) wasn’t evolved. When they became male and female (the Fall from the Garden of Eden), and their sexual organs appeared (they came to know about the secret of life), so did their larynx and voice. This account points towards a distant future where humans will be hermaphrodite and will bring a child into being through the expression of voice, and voice will be the only creational force. A most interesting insight on the relationship between sexual energy and voice🤔.

I start this article with this introduction because we might as well go to the bottom of things to understand better the connection between songwriting and mind/body fitness.

You may think how is songwriting linked to fitness, or, as people say to me when I tell them I am a singer and a fitness instructor: “Wow! Such two different disciplines!” – well, not really. From my point of view, they are very much related. If you’ve been following my blog you should know by now that the state of the mind determines the state of the body and viceversa. I will add some more:

In writing, one expresses better than in speaking. There is more time, more reflection. A meaningful songwriter/writer/poet needs to have an observing eye, a deep personality, read a lot, live lots of experiences… in short, have a life to tell. This makes the mind a fit frame to compose something that’s going to bring out genuine insights from the inside, to reach the outside world. This, paired with allowing inspiration to come through (the element one cannot control), a mindfulness of one’s own body and posture, and the element of nurturing and self-care. Such combination will harmonize the physical/external and psychical/internal aspects.

The difference in the energy behind saying something in a positive or not so positive way, changes the outcome of the factual reality and how it makes you feel. When a negative word is used, it causes a reaction to the body resulting in a range of chemical reactions in the brain that then trigger a response. Constant repetition of negative words (always coming from thoughts) will instill in our mind beliefs that will become habits manifesting in our body (through illnesses) and life. So much has been written about this, that I will not dwell further on it (specially significant is the work of Dr. Masaru Emoto and the effect of words/thoughts in water crystals).

Now let’s dig into the evolution of words over the years in songs made popular by the music industry, and how it affects the listener’s behaviour, feelings and social response. If we take a look at the charts (Billboard, Top 40, etc.) we find more and more the “explicit” logo at the end of every title, meaning that the song contains sexual, violent, abusive, discriminatory, dangerous, misogynistic or other form of strong language. 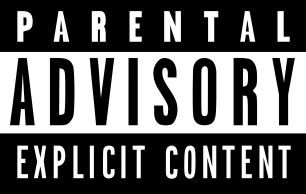 According to Newsweek, more than 2/3 of Billboard 100 number one songs that charted in 2017 feature explicit lyrics, and there hasn’t been a year since 2001 without at least one number one carrying a parental advisory label. This leaves the honest songwriter in a compromised position: “shall I follow the trend or shall I follow my own feeling? what will bring me success: doing what everybody else is doing or being myself?” (read my article related to this subject here). We no longer live in a world where words have the solemnity and respect they used to have in times of old. We are so polluted with useless information that we have taken for granted the power of simple things.

Our current westernized system tends to ‘separate’ instead of ‘integrate’ (although it may seem the opposite). It may seem that directing all kinds of behaviours into a box with questionable reasons brings people together, when to my perspective it actually segregates even more, instead of respecting the different stages of consciousness that human beings are at. For example, let’s take the song “Candy Shop” by 50 Cent: “I’ll take you to the candy shop/ I’ll let you lick the lollipop/ Go ‘head girl, don’t you stop/ Keep going ’til you hit the spot.” This is clearly about oral sex. This might make the listener think it is cool to talk openly about oral sex, and if one doesn’t do the same is going to be left out or labelled as boring. And this is where the alienation takes place, because if people are shamed for not being able to be themselves, how sad. So here the system is promoting “separation” by not accepting diversity as it is, and trying to put everyone in the same box instead, very subtly, without realising that all the dots are connected. So often things are not as they seem, even when justified from ‘reliable’ sources.

The most successful (long-lasting) songs in history have always navigated half and half through the trends and genuine feel. If you don’t want to use swear words or insult your neighbour directly, you can always find subtle ways of getting your message across and still be appealing to every audience. Again, less is more. Getting creative with the way you phrase and rhythm your lyrics while keeping your dignity in place can get you far ahead of the game. Be a bit smarter than the multitude. Actually meaningful well written lyrics have more impact than superficial explicit ones. Or you can also choose to swim in filthiness, dwelling in the lower realms of consciousness. Luckily, it’s not only the lyrics that make a good song, it’s also the music, so there are many elements you can play around with. 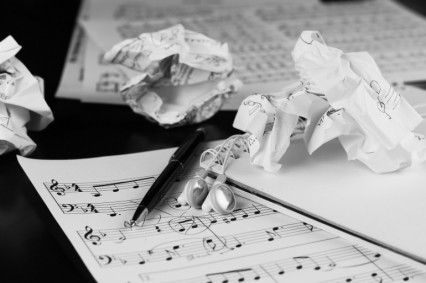 If you want to know, here are some examples of lyrics that I like:

And for a short taster to apply in fitness, here are some examples of words you can change while exercising:

To finish this article, be mindful on what you choose to say/write/sing and the effect it causes on you (the messenger) and people (the receptors). Happy songwriting 🙂